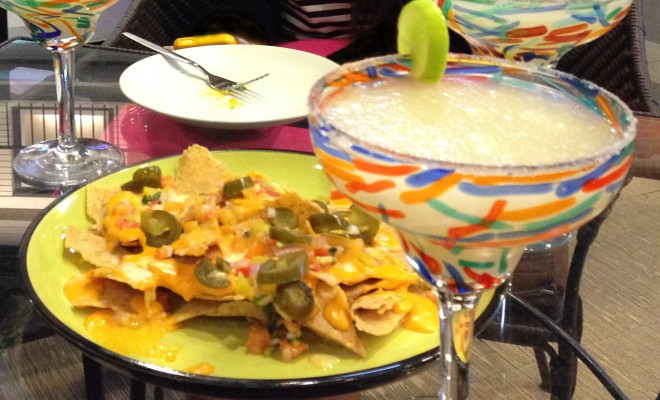 There’s been a little gap between my tips recently as I focused more on the usual travel guide type material.  In this issue of my Bangkok Tips I look at where to find cheap Western food.

As most of you who spend any time in Bangkok know, the Western luxuries in Bangkok can cost more than they would back in the West.  This is because of a combination of high import taxes and also the “luxury image” factor.  For Thai people, showing off that they lead a regular Western “luxury” lifestyle is a big part of gaining face in front of their peers and they are willing to pay for the privilege.  As a result, in many Western restaurants, you can expect to pay a minimum of 300 baht for a meal and a drink.  In some places, that minimum price edges closer to 1,000 baht and there are a few steak places where a steak meal is closer to 3,000 baht.

However, it is possible to enjoy Western style cooking without paying the luxury prices.  The following is my personal list of places that I go to when trying to save a bit of coin:

Thailand’s 7-Elevens have the best toasted sandwiches around… with a big choice of fillings and very cheap prices.

The above isn’t a comprehensive list, but the places I have listed are pretty easy to find for the average tourist.  In addition, there are some specific restaurants (not chains) scattered around town that have reasonable prices, although as soon as they become popular, then pricing soars (and quality often drops as well).

If you have a bit more time up your sleeve, another thing to do is to keep an eye out for special promotions.   Some of the big hotels often do lunchtime buffet specials that can be good deals considering quality of the food (and in comparison to their a la carte menu).  However, these are still considerably more expensive than the options I have listed above.  As an example, the Novotel in Siam Square often does weekday lunchtime buffets for 600 baht++ (++ means you need to add 7.5% VAT and 10% service charge; this is a common theme in a lot of restaurants).

You can also get free food if you keep an eye out for birthdays and anniversaries at bars in the Patpong 2, Nana and Cowboy areas.  Balloons and a pig on the spit are often a good indicator.  You will of course need to purchase a couple of beers in consideration though.  The best source of information on events in such areas is www.stickmanweekly.com.

It is definitely possible to eat Western food at reasonable prices in Bangkok.  I guess the real question is how little do you want to spend.  In this article I have concentrated on what I consider to be the truly cheapest options available.  There are still plenty of other alternatives that offer relatively cheap meals (say 200 to 400 baht range), such as a lot of the Pubs, eg the Robin Hood and the Penalty Spot.  Also some of the local Western food chains such as Sunrise Tacos offer awesome meals in that price range.  Although it is possible to eat Western food very cheaply at the above places, the one thing to keep a careful eye on are the drinks prices.  Most of the chains like S&P, Black Canyon, Pizza Hut, Pizza Company etc offer very attractive drinks such as fruit smoothies that cost almost the same price as your main meal.  Therefore if you really want to save money, avoid these (get the smoothies from street vendors instead) and stick to water or basic soft drinks or local tea.  Of course, when in Thailand, you should try the Thai food as well.

Looking for cheap steaks in Bangkok? Check out Pete’s latest review of a cheap steak chain that offers decent portions.